Do you need help in another language? We will get you a free interpreter. Call 1-888-764-7586 to tell us which language you speak.

Dir. Pankaj Bhanot Returns for Another Year and Adds to His Team 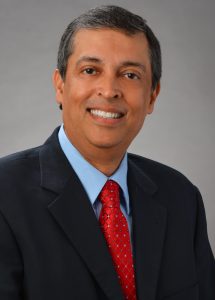 Bhanot has spent most of the last twenty years working for DHS. He’s spent much of those two decades in the Benefit, Employment and Support Services Division (BESSD). During his tenure with BESSD, he led efforts in child care and employment and training. He also led the entire division before joining both McManaman and Wong in the DHS Director’s Office. Bhanot is proud to be one of the few cabinet appointments who rose up through the civil service ranks.

Additionally, Bhanot named Katherine Korenaga, who had previously worked in the office, as Community Development and Project Director. Korenaga will help lead development and implementation of the department’s multi-generational approach ‘Ohana Nui. He also welcomed Veronica Cheong back to the DHS Director’s Office as his private secretary. And finally, Janelle Kalawe-Ching joined the office as Art Director who will help with visual and branding efforts as they relate to ‘Ohana Nui and the related Integrated Enterprise System (also formerly referred to as the DHS Enterprise Platform).

Bhanot’s appointment is subject to Senate confirmation. Betts’ is not.