CATHY BETTS BEGINS HER DIRECTORSHIP AT THE DEPARTMENT OF HUMAN SERVICES

HONOLULU – The newly appointed Director of Human Services (DHS), Catherine “Cathy” Betts began her tenure in leading the department on September 1, 2020. Today she announced her appointment of Joseph Campos II to serve as deputy director of the department. 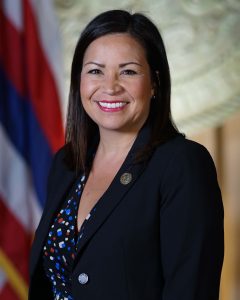 Cathy Betts – Director of the Department of Human Services

Betts has served as deputy director to outgoing Director Pankaj Bhanot for the last three years.  Prior to serving as deputy, she successfully lead the Hawaii State Commission on the Status of Women for nearly seven years and oversaw several legislative and policy successes including: the final passage of the Compassionate Care Act, which ensures rape victims have access to emergency contraception emergency rooms in Hawai‘i; various state Title IX reforms to ensure Hawaii continues to protect and preserve the late Congresswoman Patsy Mink’s legacy; protections for victims of domestic violence and sexual assault; reforms for temporary restraining order process; and increased training on gender based violence. Betts has also practiced in government and private legal practice since 2006.

Notably, Betts was honored by the Hawaii State Legislature in 2014 for her commitment to Title IX, received the President’s Award from Hawai‘i Women Lawyer’s in 2015, and successfully hosted the 2016 National Association of Commissions for Women Annual Conference which brought together Commissions from every state, here in Hawai‘i.  In March 2018, she received the Women’s History Month Honoree award by Family Values at Work, an organization dedicated to expanding paid family and sick leave across the nation, as well as being awarded Soroptomist International’s Central O‘ahu Ruby Award Winner. Most recently in May 2020, she was recognized as one of four YWCA Women’s Leader Awardees.  Cathy has deep roots in the community and has also served on the board of Hawai‘i Women Lawyers, Hawai‘i Filipino Lawyers Association, as co-chair and Chair of the HSBA Diversity, Equality, and the Law Committee, the Board of Directors for Hawai‘i Women in Filmmaking, and the Committee on Equality and Access to the Courts.

“I do not take the obligation and duty of Department of Human Services Director lightly and am committed to ensuring the residents of Hawai‘i have access to the many resources they need,” said Betts. “Throughout the last three years, I have seen how dedicated and committed our staff are to the mission and vision of DHS.  I am excited to take on this role in order to continue the meaningful work that outgoing Director Bhanot and I collectively embarked on. ” 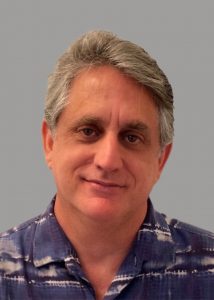 Betts has appointed Joseph Campos II to serve as deputy director of DHS. Since 1994, Campos has served as a State of Hawai‘I  employee in various capacities; at the University of Hawai‘i, Department of Accounting and General Services, and most recently Department of Human Services. He has extensive administrative experience with a strong understanding of the State system.

“Joseph is a dedicated public servant who always rises to the challenges presented to him. Even before the pandemic, we saw his innate ability to support staff and ensure their safety and well-being.  During this pandemic, he has stepped up repeatedly to support DHS on multiple fronts: from aggressively procuring PPE for our staff and contracted providers, to ensuring emergency operations and response are supported,” Betts shared. “Joseph is the consummate team player and we are grateful to have him as part of our team. I look forward to furthering the collective vision and mission of DHS through our partnership.”

Campos is a Maryknoll high school graduate and continued his education at the University of Hawai‘i at Mānoa where he completed his Ph.D. in security studies and international relations in 2005. He is an author, a respected scholar in security and peace studies, and will bring his passion for rectifying issues of injustice to this position.

“I am humbled and grateful for this opportunity to assist Director Cathy Betts in leading the Department of Human Services. I am committed to supporting the health and well-being of individuals and families by ensuring access to vital services, so they may thrive,” said Campos.